Houston, We Have a Solution

The art of weaving dates as far back as 27,000 years, but it is still being used to manufacture the clothes you wear today—and to launch the next generation of NASA spacecraft tomorrow.

NASA has been developing new fibers made from carbon nanotubes (CNT), which are carbon atoms bound in cylinders less than 1/80,000 the diameter of human hair. Because CNT composite materials have a number of desirable qualities for engineering—they are 200 times stronger than and five times as elastic as steel, and extremely lightweight and high performance—NASA plans to use them for aerospace applications, such as components in spacecraft, thereby reducing their weight by as much as 30 percent. To help understand the properties and potential of this revolutionary material, NASA’s Langley Research Center tapped two Jefferson professors, Marcia Weiss and Christopher Pastore, PhD, to draw on their expertise in working with textiles.

“It’s not uncommon when NASA has need for textile materials to reach out to us,” says Pastore, who is professor of Transdisciplinary Studies and assistant provost for Faculty Development. “They needed help converting these fibers into a stable form. And textiles are the natural way to work with fibers—to convert them into a stable form that then can wind up as a composite material.”

“I think the reason why companies like NASA come to us is because they value our textile expertise and the fact that we are real problem solvers,” says Weiss, associate professor of Textile Design, director of the Fashion and Textile Futures Center, and director of the Textile Design Program. “So, they come to us with, ‘Here’s what we have, and here’s where we’re trying to get: How do we get there?’”

At its most basic, weaving involves interlacing horizontal yarns (“warp”) with vertical yarns (“weft”). Back in the Paleolithic period, and for much of human history, this was a manual process; however, over the last 300 years, mechanized looms and automation have replaced manual handlooms in much of the modern world. In addition to brand-new, state-of-the-art industrial looms in its academic studios, Jefferson’s Henry Avenue campus maintains several old-fashioned, 50-year-old handlooms—now hooked up to computers—as well as looms that are as old as the college, which was founded as the Philadelphia Textile School in 1884.

This unique juxtaposition of the old and the new, a legacy of tradition and innovation—hallmarks of Jefferson—also makes the university an attractive partner for projects like this.

NASA sent its CNT yarn, one of the most technologically advanced textiles ever created, to Weiss and Pastore, and they got to work testing it—not on their fancy, modernized looms, but on their outmoded looms. Pastore explains: “When we’re playing with weird materials, we can’t put them on an industrial loom. Those looms have been optimized to handle cotton polyester, nylon thread, and they can do it amazing well. But if it’s not cotton or polyester or nylon, those looms don’t know how to handle it. It’s like you can’t put diesel gas in your gasoline engine.”

Weiss, Pastore, and a small team of collaborators that included students, handled the space-age thread themselves to figure out the parameters necessary to allow it to be processed on those industrial looms rapidly and in mass quantities.

They produced flat pieces of fabric in a range of different configurations and sent the samples back to NASA to be cut up, stacked, put into vaults, and used to make components. “And we also were able to give them feedback on what was working in terms of putting the fiber into a woven structure and what was not working,” Weiss says.

The project lasted about 18 months and concluded in August 2019. Following the first phase in spring and summer 2018, NASA used the information and samples it received and further developed the fiber. “They came back with different fiber the second time around. It was constructed in a different way,” Weiss says. Then, last summer, she and Pastore went back and put the novel fiber through the same process they had used before. 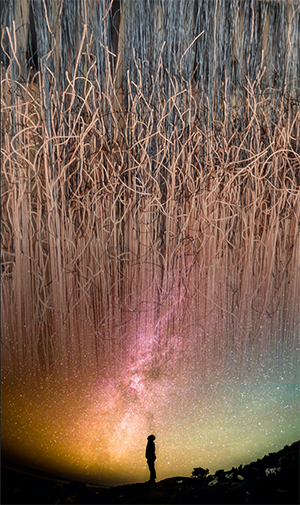 The experience didn’t just benefit NASA’s research and development; Weiss and Pastore also learned from working together, learning from each other. “There were some elements that required Marcia’s expertise. Some that leveraged off of my expertise, and it was the combination that made it work instead of one individual,” Pastore says.

They also try to involve students whenever possible, according to the skill sets needed; during the first round of research in 2018, a student was part of their team before she graduated. “I think one of the things that’s so important about these projects is that we model for our students the fact that interdisciplinary and transdisciplinary collaboration is incredibly important to innovation,” Weiss says. “When our students see us working together, they go, ‘Ah, you guys do it too. You don’t just make us do it.’”

Transdisciplinary collaboration like this always has been deeply woven into the fabric of Jefferson, particularly when it comes to textiles, which have a remarkably broad range of applications, from fashion design to aerospace engineering to biomedical manufacturing. One interesting challenge Weiss and Pastore have tackled is a project for the U.S. Department of Energy’s Oak Ridge National Laboratory to help create artificial seaweed capable of collecting uranium from seawater.

“We all had fiber or yarn to work with, and we approached it from a knitting perspective, a weaving perspective, and a braiding perspective,” Weiss says. “We each brought out own expertise to the table and understood the parameters and tried it in multiple ways—which, again, is the opportunity to go back to the sponsor and say, ‘Here are the possibilities. You tell us which is going to be the most effective.’”

Another of Weiss and Pastore’s recent collaborations has been JeffMask, a university-wide effort to meet the extreme demands on Thomas Jefferson University Hospital during COVID-19 by producing personal protective equipment (PPE) for frontline healthcare workers. Weiss, who led the JeffMask initiative, remarks, “That involved people, obviously, from our clinical pillar, our medical colleagues, as well as people from different engineering disciplines, different textile disciplines, industrial design, fashion design. We’ve been involved in opportunities to innovate around the whole PPE project.” 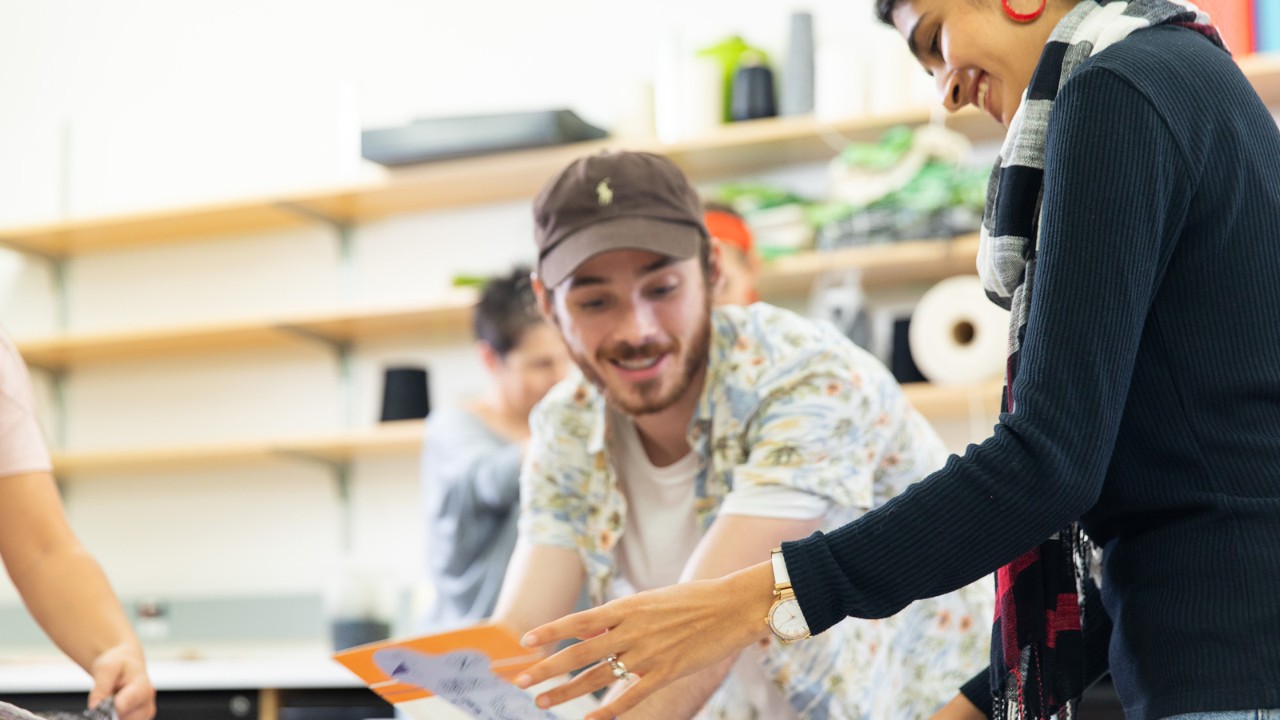 As for NASA’s aerospace material, Weiss and Pastore don’t know whether their research has yet been applied in developing the rocket and spacecraft components they were aiming for. “As far as we know, NASA took the samples we sent them, converted them into composites, and did some experiments to quantify their performance, but we weren’t involved with that,” Pastore says.

The reality of contributing just one puzzle piece to a large picture with thousands of other pieces provides another valuable teaching moment for students. Pastore continues, “I had a student, he’s a great student, but he couldn’t take this part of academic life, that we would do a research project and when we finished our part, we were finished. He wanted to know what happened next. And I tried to convince him that never happens. We just do our part and then we find the next project.”

And there’s always another project.

“There is such a diverse range of knowledge and experience on our campus that comes to bear, regardless of what the project is,” Weiss says. “This happened to be one that Chris and I did, but I am sure there are many examples of these kinds of projects ongoing on a daily basis.”

There is such a diverse range of knowledge and experience on our campus...