Richard Florida, PhD, came to Philadelphia for an up-close and personal look at how our city’s revival is reaching a tipping point, a “new urban crisis” brought on by success. Florida, one of the world’s leading scholars and observers of cities, is university professor at the University of Toronto’s School of Cities and Rotman School of Management, a distinguished fellow at NYU, and founder of CityLab. He is author of the best sellers The Rise of the Creative Class and The New Urban Crisis. MIT Technology Review named him one of the world’s most influential thinkers.

Florida, who was the keynote speaker at the College of Architecture and the Built Environment's Smart and Healthy Cities Forum, is also the first recipient of the Philadelphia Fellowship, a collaboration between Thomas Jefferson University, Drexel University, and the University City Science Center focused on understanding the pressing issues facing the city today. According to Florida, Philadelphia is actually two distinct cities: one a city of affluence and opportunity with a highly educated creative class and the other a much larger city of persistent and racially concentrated poverty. His Philadelphia Fellowship report, "Philadelphia’s Next Challenge: From Urban Revitalization to Inclusive Prosperity," describes the problem of Philly’s new urban crisis and outlines a few solutions for working it through. 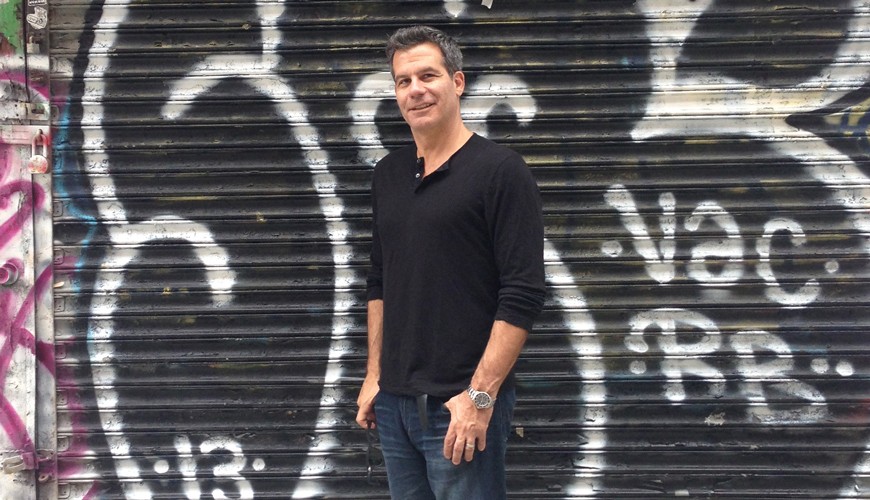 Richard Florida (RF): I first became interested when I saw my hometown of Newark experience economic decline and erupt into riots. But today, cities have come back. They are the greatest engines of innovation and economic growth in the world. That’s why the fight to keep cities equitable, diverse, and affordable is so important.

You spent a year studying Philly. What exactly did you do?

RF: My team and I looked at Philadelphia from a variety of angles and on a number of demographic and economic metrics in comparison to the 50 largest cities in America. We mapped the city according to these data points and compared neighborhoods. We also hosted a series of roundtable discussions and events about Philadelphia’s agenda for inclusive prosperity. Based on this research and these conversations, we outlined a blueprint for inclusive prosperity led by the city’s anchor institutions and supported by city government.

In the report, you wrote, “There’s no better way to take the pulse of a city than to ask a bartender, waitstaff, cabbie, or ride-share driver.” Did you do that in Philly?

RF: Yes! It happened in Philly, one night when I was grabbing dinner at Vernick Food and Drink off Rittenhouse Square. I remarked to the bartender that there were so many young people around—more, it seemed, than in New York or Toronto. He replied in that quintessential bartender way: “That’s easy, bro. It’s actually affordable here.” People like bartenders and cabbies are the eyes and ears of the city. It’s essential for bird’s-eye-view policy people like me to seek out this kind of folk knowledge.

You have called the “new urban crisis” a “crisis of success.” What do you mean?

RF: The old urban crisis was a crisis of economic failure. The new urban crisis is a crisis of the economic comeback and success of cities, which has made them less affordable and more unequal. Cities have not mounted a commensurate response to these challenges. So while by some measures American cities like Philadelphia are more prosperous than ever, by others they are more unequal and unjust than ever.

What is Philadelphia’s new urban crisis, and how is it related to the old one?

RF: Philadelphia today is a tale of two cities. There is a city around the urban core and universities that is thriving. But many more areas of the city never recovered from the old urban crisis characterized by crime, disinvestment, intergenerational poverty, and a lack of economic opportunity. It was one thing when these problems afflicted the entire city, but now, with some neighborhoods so prosperous, these divides have become all too visible and dramatic. Solving the new urban crisis is about bridging these divides and connecting all neighborhoods and all Philadelphians to the opportunity that exists here.

You say you’re optimistic about Philly’s chances of achieving inclusive prosperity. Why?

RF: First of all, I’ve seen Philly at its lowest points. The revival of Center City, University City, and other areas is remarkable. There’s a lot of success to build on in terms of urban development. Philadelphia is also unique in terms of its powerful and civically engaged anchor institutions, which are ready to innovate in the field of inclusive prosperity and to make an impact beyond their immediate neighborhoods.

What is the role of anchor institutions like Jefferson in addressing this crisis?

RF: Already, anchor institutions are providing high-quality jobs; building housing; supporting entrepreneurship; and offering workforce training, education, and healthcare programs. These efforts can and should be scaled. Just as importantly, anchors are in a position to serve as urban labs to pilot innovative programs before they’re adopted across the city. And they can advocate for more inclusive policies like raising the minimum wage and increasing funds for affordable housing. Better yet, they can lead by example.