A pair of students in the Kanbar College of Design, Engineering, and Commerce captured the fashion world's collective eye during New York Fashion Week. Fashion design seniors Robin Skodi and Marquies Smith each showed their four-piece collections at the Emerging Designers Show in the Prince George Ballroom this past weekend.

Skodi’s concept—a response to the whaling industry—had been percolating ever since she saw The Cove, a 2009 documentary about the slaughter of dolphins in the waters off Japan.

“My senior collection, ‘Biological Rhythm,' highlights the delicate patterning found on the underbelly of the humpback whale,” explains Skodi, who recently won first place in the Pennsylvania Ballet’s Dress the Dance Costume Competition.

“These rhythmic shapes are contrasted with the flowing, futuristic forms seen in stroboscopic photography through the use of unique pattern mixing and topstitching details.”

Smith focuses his “Contamination” collection on the aftermath of the 2010 BP oil spill in the Gulf of Mexico. “The contamination caused a lot of unwanted, and still occurring harmful elements, which destroy living organisms, animals, habitats, and ecosystems,” says Smith, the 2019 winner of the Evelyn and Paul Knudsen Red Dress Award for Excellence by a junior. “The collection of garments gives a clear description of the 28 days in which the oil spill occurred from start to finish. I wanted to design something that captures attention and helps save the planet.”

On being selected for the New York Fashion Week event, Smith says that “it’s the highlight of the fashion program.” Skodi notes that getting invited to show her work is “a driving force when you hear about it as a freshman.”

Katie Casano, a professor in Jefferson’s fashion design program, raved about Skodi’s accomplishments.“ Robin is a very special student with an extremely unique perspective in terms of her focus, aesthetic, and vision,” she says. “She approached her collection from day one with a level of intensity and singlemindedness that’s more typical of someone who has years of experience designing and creating. She took such a unique concept and created truly visionary and boundary-pushing clothing. I have no doubt that Robin has a bright future.”

“Marquies is a true artist who has chosen fashion design as his medium to express himself,” he says. “Through the use of textiles and manipulation, he successfully presents his concerns and awareness of social concerns and the negative effects which industry has played on our planet.

“By focusing on a massive oil spill, Marquies has clearly made a statement that shows both his concerns for the environment and his respect for the art of fashion. He’s one of the unique individuals who not only designs clothing but realizes the value that fashion plays in the history of our society.” 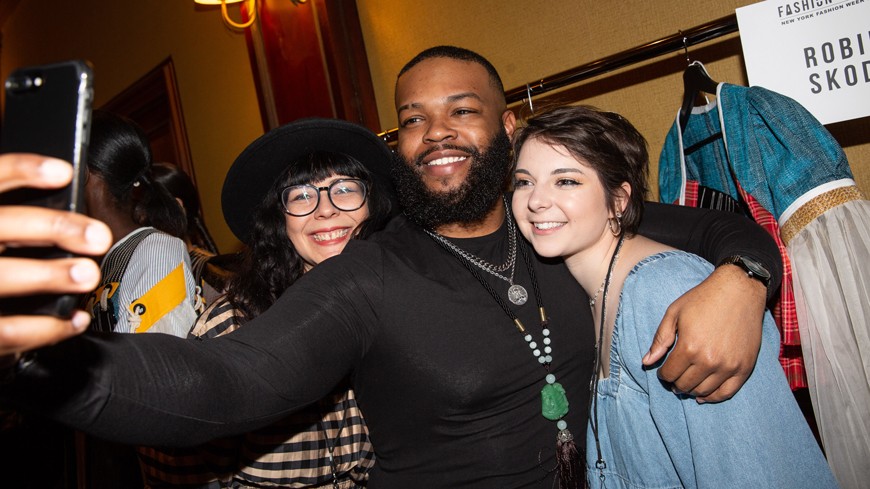 Article originally appeared on The Nexus.