A Message from the President

A Message from the President 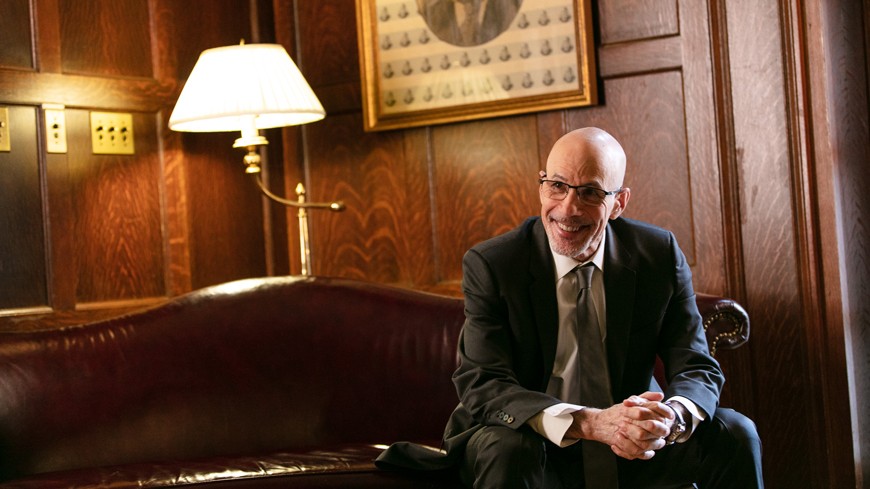 When I was a teenager in the 1960s, I loved a show called The Time Tunnel. Every episode saw our heroes get trapped, escape, trapped again, and escape again. They never really got out of the Time Tunnel; they had to adapt and learn from one fantastic adventure to the next.

The workplace of tomorrow is looking more like the Time Tunnel: amazing, but you have to keep learning, or you’re stuck.

Earlier this year I served as a distinguished fellow of the World Economic Forum, charged with developing equitable and sustainable business models for what’s being called the “fourth industrial revolution.”

The fourth industrial revolution means the blurring of boundaries between the digital, physical, and biological worlds. It’s a fusion of artificial intelligence, robotics, genetic engineering, quantum computing, and the kitchen sink of exciting new technologies that will blossom in the next decade.

The impact of this shift—on higher education, on healthcare, on everything—will be immense.

For one, anything a machine can do better than a human, a machine will be employed to do. Let that sink in. The people you work with tomorrow will be increasingly diverse—geographically, culturally, and intellectually. The challenges workers will face will be new and complex—what got you out of the last time trap won’t help you escape the next.

Preparing students for the future of work means we’re preparing them to be more human. We’re helping them leverage the abilities that people possess, which machines can’t replicate.

We’re teaching students—whether they’re studying business, architecture, fashion, or medicine—to leverage their creativity, intuition, and communication skills. We’re fostering their ability to teach themselves, to engage in lifelong learning and be able to curate their own ongoing education.

Technology can make our lives better but only if we remember the human in the middle. That’s a lesson that’ll stand the test of time.